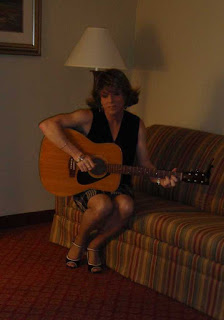 I am traveling with an engineer my company has just hired so that I can provide him with OJT but so far that is working out well. It seems that he prefers a different hotel chain than the Holiday Inn where I like to stay, so I am at one place and he is at another. So the odd thing is that even though I could have gone out, I just couldn’t drum up any enthusiasm for doing so on my second night there. I just stayed in the hotel and played my guitar. 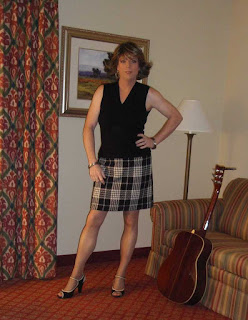 The third and last day there, things came together so that we were done with our work fairly early. Since he drove to Indy, he was able to head for home early, and I was free to get dressed and go out!


I started by going to a new Goodwill by the Castleton Square mall. Didn’t find anything that struck my fancy there so I headed into the mall itself.

Started by going through Macy’s (my favorite department store) and didn’t find anything I wanted bad enough there so I walked down to Von Maur. You know those little kiosks that they have in the malls? As a male, they never ever bother me, or try to get my attention. When I’m “dressed” though, they always just about attack me.
“Excuse me ma’am, can I talk to you a second?”
“Excuse me ma’am, can I show you something?”
“Excuse me ma’am, would you like a free sample?”
You know what? It’s a pain in the backside! You tell them quite clearly “No thank, I’m not interested” and they just keep yapping like you hadn’t said anything. Do they treat all women like this, or is it only cross dressers they act so aggressively with?
Cruised Von Maur a bit but didn’t find anything I wanted bad enough to pay their prices for so I went and listened to their piano player. The guy was just awesome so I took a little but of video just to get the sound. Sorry, my new camera apparently doesn’t do audio real well.

So as I’m walking back up the mall to Macy’s where I parked my car, I notice a couple in their 30’s sitting on a bench about 20 yards away and they are watching me like hawks, not even trying to act like they aren’t staring. Sometimes this bothers me, sometimes it amuses me. This time it amused me so I gave them my best smile and winked at them. They both broke out into huge grins. She slapped him on the shoulder and I saw her mouth “See, I TOLD you so!” to him. 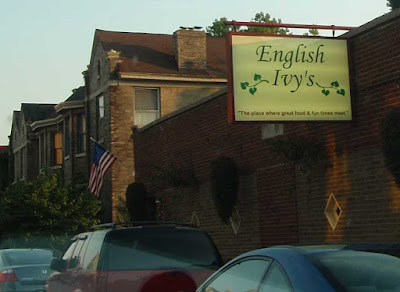 Went to dinner at my favorite restaurant – English Ivy’s. As I’ve said before, this place is just great. Comfortable, awesome food, and very friendly. Had a great meal and then headed to a place one of the ladies at the Holiday Inn was kind enough to tell me about – Greg’s “Our Place”. I’d have to admit it didn’t do much for me. The music was really not what I enjoy, and it had pretty much only guys in it. I don’t have any interest in yacking with guys, so I called it a night.
Posted by Kimberly Huddle at 5:43:00 PM