Trigger warning! This post speaks bluntly about my grandchildren getting hurt in an accident. It is not happy and uplifting. If you have horrible memories about a car/atv/what ever accident, you may wish to skip this one.

You know, I had pretty much given up on my blog. I sort of figured that it had become repetitive and so I might as well call it a day, and yet here I am again. I’m fairly deep into the depression right now and have been for about a year or so. There seems to be a lot of that going around as I keep seeing facebook posts by others saying much the same thing. It’s almost as if depression is more contagious than COVID is.

As you might imagine, a great deal has happened since I last checked in here. Probably the most significant was when my youngest son was hurt and I almost lost both of my granddaughters during last Thanksgiving. We all gathered at my sister in laws out in the countryside of Central Texas, along with much of her husbands family. My daughter in law wasn’t going to come as she does not always feel welcome by my sister in law but I pushed and pushed and finally talked her into it. With her husband (my oldest son) off on a US Navy destroyer in Asia, I didn’t want her to feel isolated and wanted to be sure that she felt like she wasn’t alone. It turns out that I should have left it alone, but I had no way to know that at the time.

We all enjoyed the typical Thanksgiving dinner and then most of us found comfortable places to relax while we let the food settle in our stomachs. Me? I found a nice comfy sofa out on the porch and was sound asleep in no time at all. The next thing I know, my wife’s phone rings and shortly thereafter she yells “The kids are hurt out on the road!” Everyone ran for cars, and some just skipped the car and sprinted for the road. Still half asleep, I headed for my car and followed the crowd. The first thing I came across was my daughter in laws SUV parked on the side of the road. Right when she needed it the most, it had up and died on her, so I stopped and let her pile into the car and we headed up the road.

I really don’t like thinking about that night. Half a year later and I still tear up thinking of it. 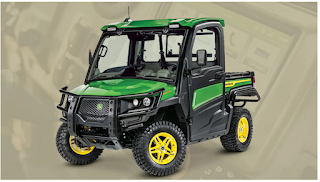 A few hundred yards up the road we find an ATV cart flipped over and both of my granddaughters are laying in the middle of the road soaked with blood. My smallest granddaughter doesn’t look too bad to the eye but she keeps going in and out of consciousness and when she is conscious she just keeps screaming. My older granddaughter looked like something straight out of a horror movie . . .  I was going to describe this but don’t think that anyone else needs this picture in their heads. Her head wound makes her look like she has no business still being alive and yet she was calmly telling everyone that she was all right. She’s laying on the road with half of half of her face peeled back, in a huge puddle of her own blood telling everyone that she is fine. . .  I spent a few minutes trying to comfort them when I noticed something that shocked me even worse – there is a third little body laying on the ground, this one just off of the pavement and it’s my own little boy. I hadn’t even known that he had left the house and here he was laying hurt on the side of the road. My granddaughters had much more serious wounds and had the bulk of the adults gathered around them, so I went and comforted my son, laying next to him on the ground and trying to keep him warm. At last an ambulance arrives and the paramedics head for the girls. I explained to my son that they were hurt much worse than he was and so the medics needed to see to them first, and then they would take care of him. He was so brave and I was so proud of him! Unlike the girls, his wounds were not life threatening, but they were serious, and yet he bravely and patiently waited for the paramedics.  Soon, two helicopters arrive and they loaded one granddaughter into each. My son they put into the ambulance to be sent to a entirely different hospital.

There were a few pictures that seriously stuck in my head and wont go away. One is the large puddles of blood on the pavement – one where each girl had lain shivering and bleeding. The other picture that sticks in my head was my daughter in law standing in the middle of the road as the sun went down, trying to figure out which one of the helicopters she was supposed to get into and which one of her precious children was going to have to go without her. The look of absolute misery on her face haunts me even now as I type this.  I gave my daughter in law my word that I’d be at the trauma unit with her other daughter just as fast as I could drive there and she boarded one of the choppers. My wife went in the ambulance with my son headed an hour east, my daughter in law and her girls got into helicopters going a two hour drive west, and I got into the car with my daughter and headed to the trauma unit in San Antonio.

Relatively speaking, my sons wounds were minor. Enough to make any parent heart sick, but much less serious than the girls. My youngest granddaughter had a fractured skull in multiple places. While she looked the best of the three, it turns out that her injuries were far more serious than the others. The oldest had a major head wound that will require cosmetic surgery once the skin has had time to heal some. We jumped through all of the hoops to get my son, their father, home from Asia and I have to say that the United States Navy deserves a good deal of respect here because they move heaven and Earth to get it done even though the nations he had to fly through were forbidding most travel due to COVID. His boat basically paid his fair to the USA and went to a great deal of trouble with multiple governments to get him flown home. Another moment that is stuck in my brain. Seriously hurt, a week in the trauma unit, my oldest granddaughter had managed to be brave and kept assuring everyone that she was fine. The night when I picked her father up at the airport and brought him home to her, she absolutely broke my heart. I’ve never heard a human being make a sound of such despair as the way that little girl wailed when she saw her father and ran to him. She had all of that hurt bottled up and let it go when she saw her daddy. The sound of her wailing as she hugged her father . . .

So, it’s half a year later and everyone is recovering well now. My son has scars that he can brag about and show off. My youngest granddaughter looks like she was never hurt. My oldest granddaughter has a major scar on her forehead that she tries to hide whenever she gives you a hug. All in all, we are grateful.

As I admitted, I was sleeping on the porch so I got the majority of the story from others. One of the older boys that lived out in the country was going to take one of their gator carts down to their house and the smaller kids all asked to go with him. My granddaughter had asked if she could drive, and was told in no uncertain terms that she was not allowed to. She had driven one of these carts before, but it was one of the work carts that are geared really low and cannot go fast. THIS cart was NOT geared low and could happily do 60 MPH and so there was no question that she would have no business driving it. The young man that was driving was specifically warned not to let her drive but . . .  As soon as they got out of sight, my beautiful little granddaughter pleaded with the young man to let her drive, and he gave in. This little girl that had only driven a very slow work cart, and video games that ignore the laws of physics, was suddenly in charge of a vehicle capable of highway speeds and it was full of children not wearing helmets. She got in and literally pressed the accelerator to the floor and flipped the cart at the very first curve in the road.

We all learned lessons that night. One young man learned to listen to adults when they warn him not to do something.

My granddaughter learned the consequences of not listening to the adults, and she also learned a few hard physics lessons about inertia and momentum.

My son learned that maybe its better to step on out of the car if you think the driver isn’t up to the task.

I learned not to take naps at family gatherings. . .