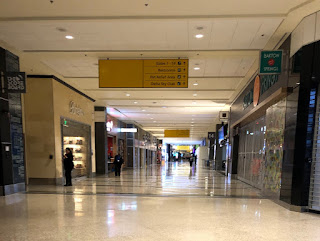 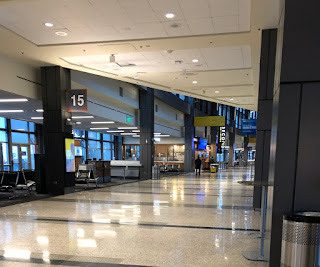 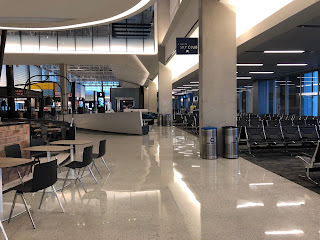 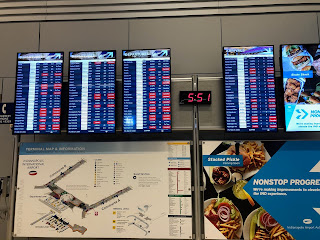 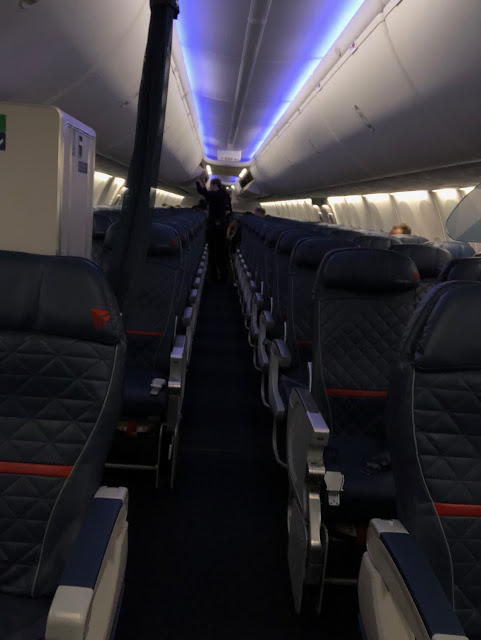 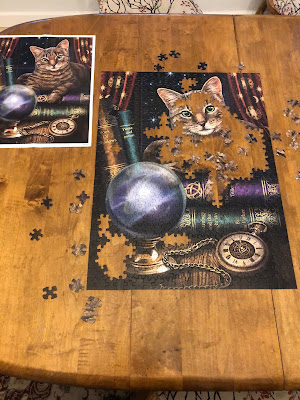 The photo sort of says it all, doesn't it?
I received a email message from Delta airlines about my upcoming flight. They tell me to avoid placing my cell phone and wallet in the TSA bins. I just can't wait to tell the TSA inspector "Nope, I aint putting my stuff in your stupid bin!"
They follow that wonderful tidbit with the advice to allow a few extra feet between you and the next schmuck during the boarding process because "A little distance goes a long way". So they want us to keep our distance during the boarding process where we are then going to be placed into seats so tightly packed that you have to keep telling the guy next to you to get outta your lap!
Oh! The fruitless search for toilet paper continues . . .
Posted by Kimberly Huddle at 10:48:00 AM 2 comments: 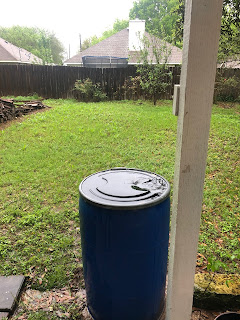 Emptied the 5 year old water out of our 50 gallon barrel in the back yard, washed the barrel out and filled it with clean water from the hose. It then rained all night long, so mother nature would have filled that barrel for free but who am I to quibble? My 10 year old son was curious as to why I was filling a barrel with water and so I explained all of the ways that having no water at all available would affect his life. You should have seen the look on his face when I explained that every single flush of a toilet used 3 to 5 gallons of water and then asked him how nasty he thought it would get if there was no way to flush a toilet? No, I haven’t gone paranoid, and I don’t expect the electric or the water to fail, but it never hurts to be prepared.

The wife stocked up on an assortment of liquors and wines yesterday, so I’m pretty sure we are gonna come out the other end of this as alcoholics, but what the hell, how often do you get the chance to toast the apocalypse?

I’m scheduled to be on an airplane Monday to visit a customer and then to train one of our service engineers in the same area on a new database. Yeah, he just told my manager that he has a sore throat so . . .
Posted by Kimberly Huddle at 12:40:00 PM 1 comment:

Day Three of Quarantine with the kids home from school, and my wife and I both working from home. Just had the "use the toilet paper, fold it in half to cover the used part, and then use it again!" class with the kids. Oh my God you should have seen the look of disgust on their faces. Lord help them if they ever have to use an actual outhouse. . .
The wife and I aren't glaring at each other over the laptops any more, but we ARE both eye balling our dwindling supply of toilet paper and I'd swear I hear the "Good, Bad, and the Ugly" theme song in the back of my head. Pretty sure she is hoarding a roll somewhere, but I'm on to her shenanigans . . .
Posted by Kimberly Huddle at 7:59:00 AM No comments:

Day two of quarantine with my wife and I both working from home. Starting to question the wisdom of having bought AMMO for both handguns yesterday as we are glaring at each other over our respective laptops . . .
Posted by Kimberly Huddle at 12:13:00 PM 2 comments: