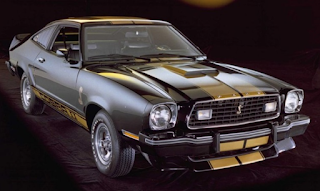 Ok, I know that you all sit with baited breath waiting for me to review TV shows and movies, so here are my latest opinions. Being a life long Star Trek fan who also happens to be quarantined during a world wide pandemic, I signed up for the free 30 day trial of CBS All Access just so I could binge watch the new Star Trek series "Picard" and "Star Trek Discovery."
While dipping into darkness here and there, I think that "Picard" remained relatively true to Star Trek. The story is good, the acting is outstanding, and the characters are real and believable. I'd give it a 7 or maybe 8 out of 10 and considered it worth watching.  "Star Trek Discovery" on the other hand . .  .
What to say that will get my point across without spoiling it for anyone? I pretty much hate it. They threw everything that Star Trek stood for, the very core principles, out of the window.  Not that I suppose I have the right to speak for all Star Trek fans, but I’ve always felt that most diehard fans weren’t just in it for the shiny space ships and “pew pew” weapons. Many of us loved what the show and it’s characters portrayed and represented – that the human race had grown up, devoted itself to worthy and lofty goals of Science, exploration, and the betterment of all life, human and otherwise. These are the very core principles of the Star Trek universe and “Discovery” threw them right out of the window. We have Star Fleet officers who very quickly choose to commit mutiny against their beloved captains when they feel that captain has made the wrong decision. We have multiple occasions where officers totally ignore their orders and duty when those orders got in the way of what they wanted to do. Cases where they utterly disregard their oath, duty, and shipmates because they thought their family issues were more important. What’s worse is that the show repeatedly rewards this behavior, ultimately patting these people on the back while whispering “There there! It’s all right that you threw your shipmates and duty under the bus in order to chase after your mom/dad/sister/brother. Since it was so personally important to you, we will act as if it’s acceptable and tolerable that you forgot all about duty, honor, and integrity.” OK, so they disregarded and degraded everything that was beautiful and altruistic about Star Fleet and the people in it, so what about those shiny space ships that I mentioned earlier? Yeah, they messed that up too. Now a starship runs on plants and spores that permeate the universe on multiple dimensions and is essentially the source of all life in the universe. Can you say “Use the Force Spock, use the force?!”  It’s now more of a fantasy show than a science fiction.
I might have somewhat enjoyed this program if they had made it in it’s own stand alone universe, but they didn’t do that. They defiled my beloved Star Trek and its bright future with their petty people and their fantasy star ship that runs on the force, and it pisses me off. When this is all over, I expect most Star Trek fans will look back on this show and refuse to acknowledge it, much like the way Ford Mustang fans look back at the mid-1970’s abomination that Ford tried to call a Mustang. You can slap all of the Mustang emblems on that little God-awful Pinto that you can fit, but it still aint a Mustang, and this isn’t Star Trek. On a scale of 1 to 10 I’d give Star Trek Discovery about a negative 3.
All right people, let’s make this shit happen. Let’s bring about the future portrayed by Star Trek by caring for more than just ourselves. Let’s reach for the lofty goals and be worthy of attaining them. Make it so . . .
Posted by Kimberly Huddle at 7:44:00 AM