Last Night I went to Sleep in Detroit City 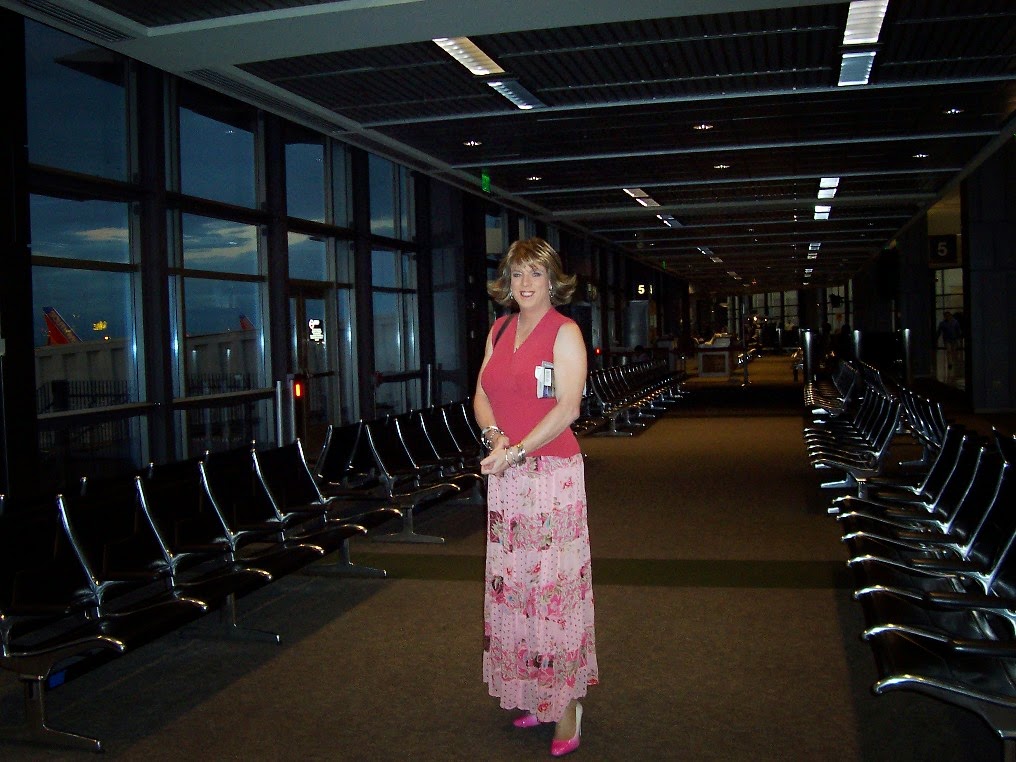 So on 7 July I flew to Detroit “dressed” again. You know what’s funny about it? Having conquered that particular mountain (flying dressed) it has now grown a bit boring. All I got out of flying dressed this time was a very early start to my morning (3:30 AM) so that I could get ready. It didn’t really excite me or fulfill any particular emotional need in me this time. I just took a flight . . . as a woman.

This time I wore one of what I’ve come to think of as my “comfort/confidence” outfits. Once a year or so I manage to find an outfit that I feel is a perfect outfit with just the right skirt, blouse, and shoes. This is one of them that I like the best.

The only thing that happened of note was when I went to put my bags on the rental car shuttle bus. To put it in perspective you need to realize that I carry at least two heavy bags with me – a 50 Lb tool box I need for my job, and a large 50 Lb suite case to carry a weeks worth of clothes for two people.

So while wearing my pretty skirt and heels I started to lift these two large and heavy bags up onto the bus when two gentlemen both jumped up and took them for me. I never got the chance to object or decline their help so I gave them my heart felt thanks in the softest voice I’ve got and sat down with a really odd combination of feelings.
Oh, I also played what I’ve come to think of as “The Name Game” with the driver.
“What’s your last name hun?” he asks me, and so I give it to him in my softest voice.
My last name is fairly unique in the US, common in Canada, but I’ve never yet met another person in the US with my last name, and yet . . .
He looks down the list twice, going right past my last name because it’s pretty clear I can’t be Matt XXX. So he looks up at me again.
“What’s your first name?” he asks.
“Matthew,” I said, giving him my best “the cat’s outta the bag” smile. I swear I’m not making this up, he looks at me and asks again.
“I’m sorry, what was it?”
“Matthew,” I repeated again.
“Ahhh, I see!” he says, clearly having just had an epiphany.
On the way off the bus, one of the gentlemen that helped me onto it offered to take one of my bags off for me. I thanked him and assured him that I had lots of practice at it and would be just fine. 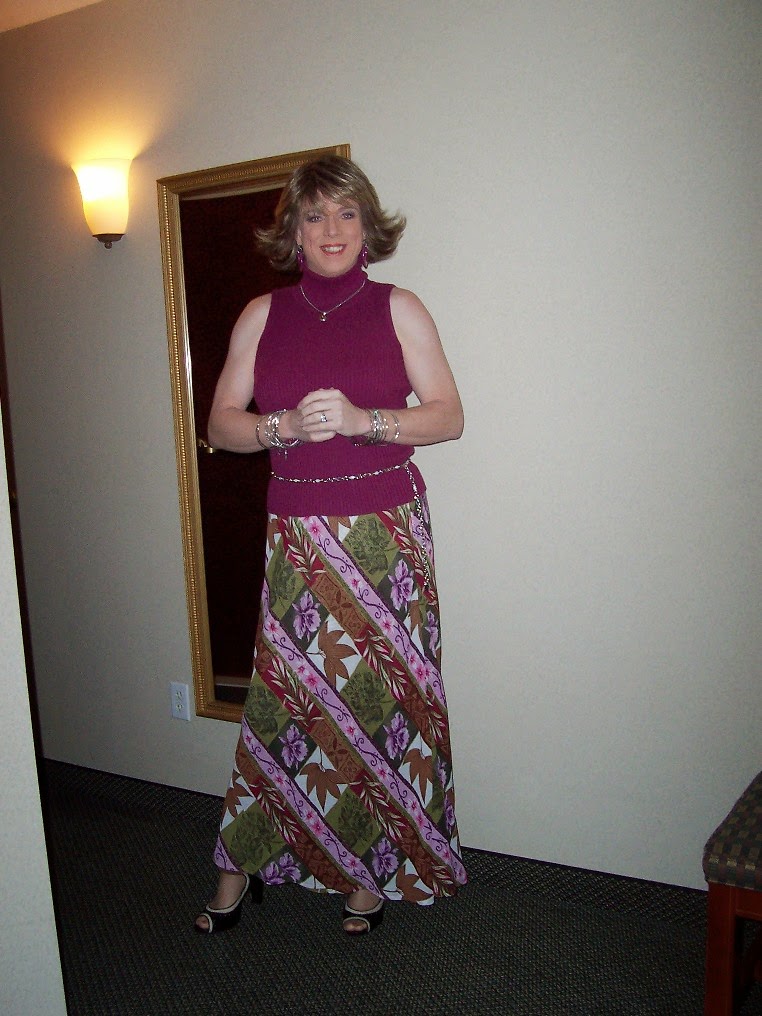 I decided to go to the Motor City Casino in Detroit. On the way there I saw the Oakwood mall off of the freeway and decided to go shopping at Macy’s. As I was shopping I noticed a woman in a very conservative suit and I sort of thought she seemed a little pensive. It took me a second to realize why – she was a crossdresser! I might be wrong, but I’m almost positive. All things considered, I figure it’s a heck of a compliment to her that I’m not positive considering how many TG’s I’ve met and interacted with. We made eye contact for just a moment and both of us looked away pretty quickly and went our own ways. I didn’t stop to talk to her because I wasn’t sure she was one of us and even if she was, I didn’t want to blow her confidence by letting her know I had read her. Walked through Macy’s and didn’t see anything that met all the requirements: 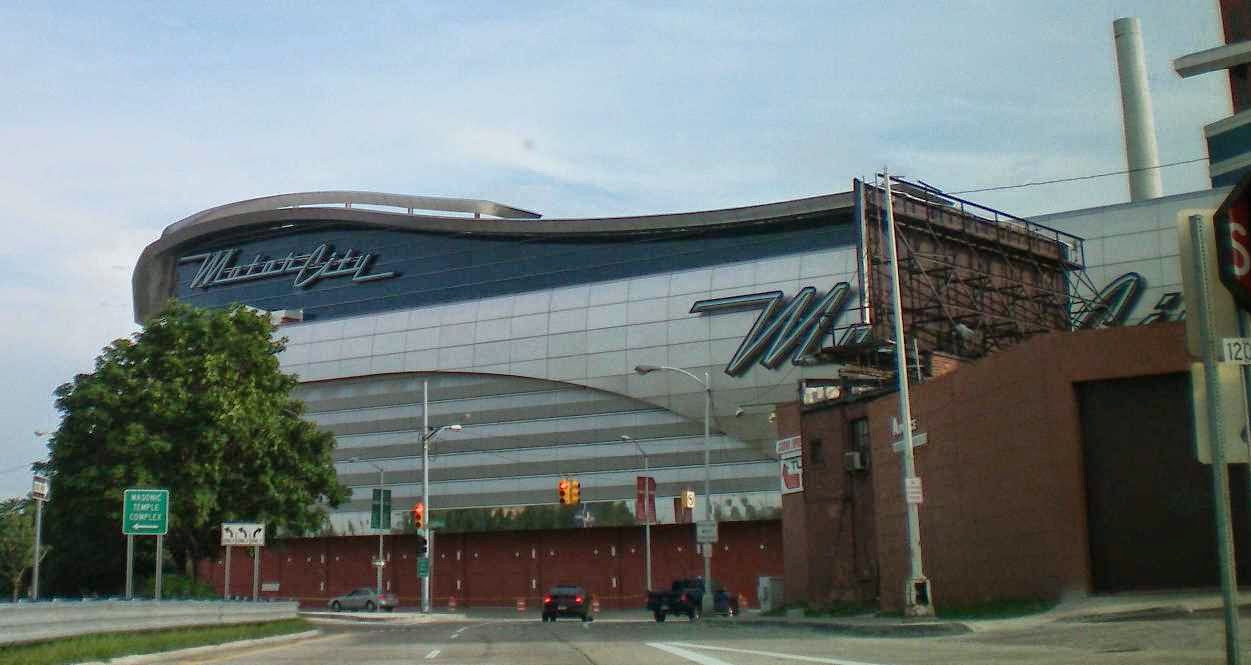 Got to the Motor City Casino and played the video poker machine. I put in $20 and played for a couple of hours. I was almost out of credits when I got a good hand and won about $70! I took my winnings and went to the Casino’s bar where I ordered a drink and then got suckered into playing the video poker games they have on the bar. I put in $5 and was down to about $2 when the screen went blank on me. They called maintenance (or what ever they call the folks that come fix them) and the lady walks up all smiles.
“What are you doing breaking our machines?” she asks with a huge smile.
“Breaking your machine my butt!” I told her, “I just won $10 Million on that damn thing when it decided to crash to save you guys from having to pay me!”
I’d be willing to bet she hears that a dozen times a day, but maybe not from a cross dresser because she had a pretty good laugh at it. They got the machine back up and running and I had a whopping $1.75 in it. Oh well . . . I still left the casino with about $40 more than I entered it with! 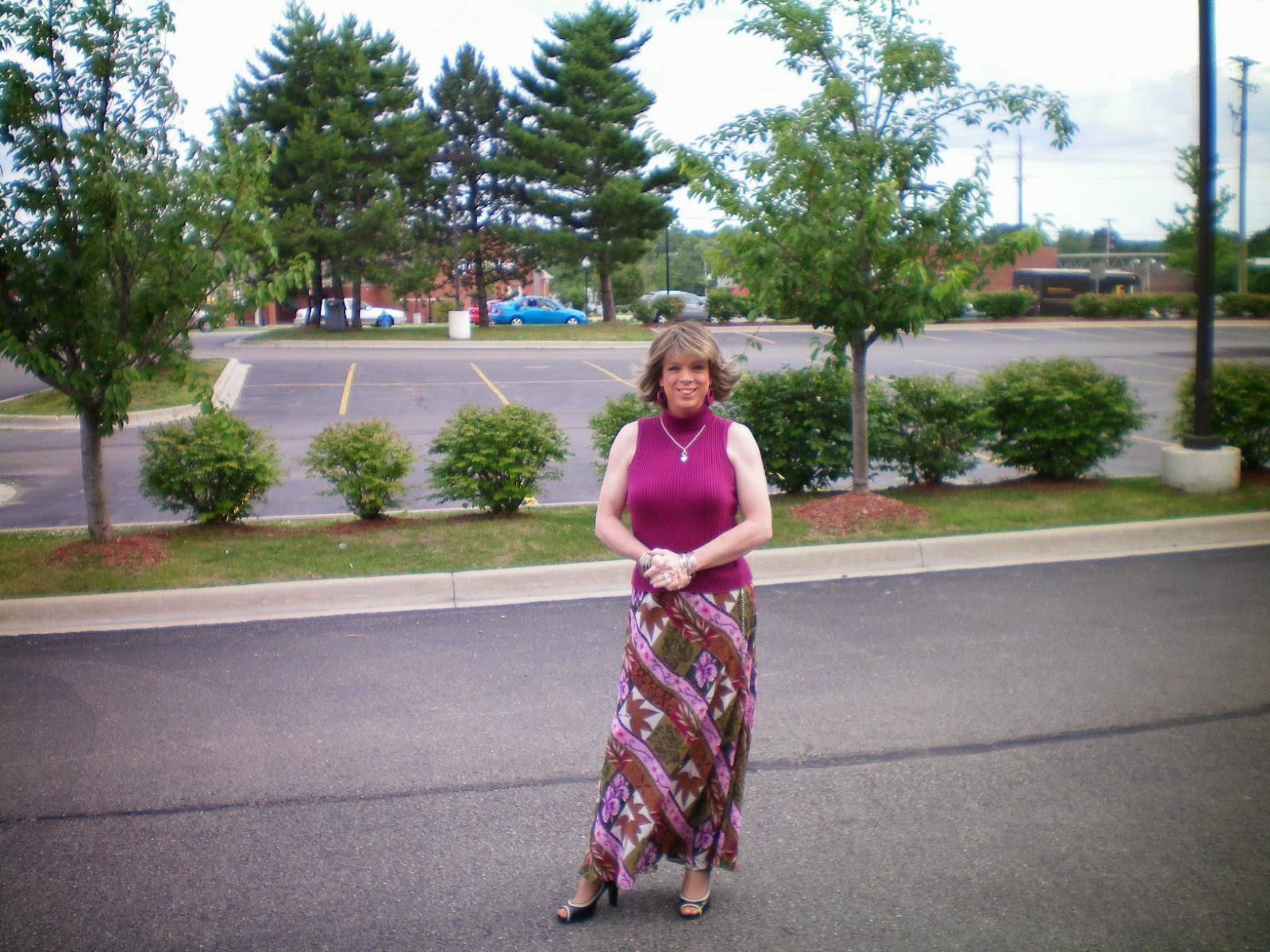 My last night in the area I went shopping at another mall in Waterford and again didn’t find anything,
so I headed back to the Casino. Been there about an hour and a half and am just short of having lost my self imposed limit of $40. It struck me that if I lived around a Casino, I’d probably be one of those people that you see there with their hair all wild, dirty clothes, blood shot eyes, banging away at the slots while desperately hoping for a big win. I’ve got $3 left of the $40 I was willing to loose when the slot machine graced me with $150 win. I may not be the sharpest tool in the shed, but I was smart enough to take the money and run. Would you believe I had two gentlemen open doors for me on the way out?
The evening was still fairly young so I went to GiGi’s, a Detroit hang out known for being very friendly to Tgirls. I got there at about 9:15 PM and the place was pretty much empty. The bartender told me they were going to have a drag show at 11. I asked her if the performers were likely to be the only Tgirls there, or if there were usually some in the crowd too. She said sometimes there were a few, but mostly only on Fridays and Saturdays. Well, my hotel was about an hours drive from there, and I don’t care for drag shows. If there probably weren’t going to be any local girls to meet and BS with it just wasn’t going to be worth the late night for me, so I headed out.
Posted by Kimberly Huddle at 5:41:00 PM