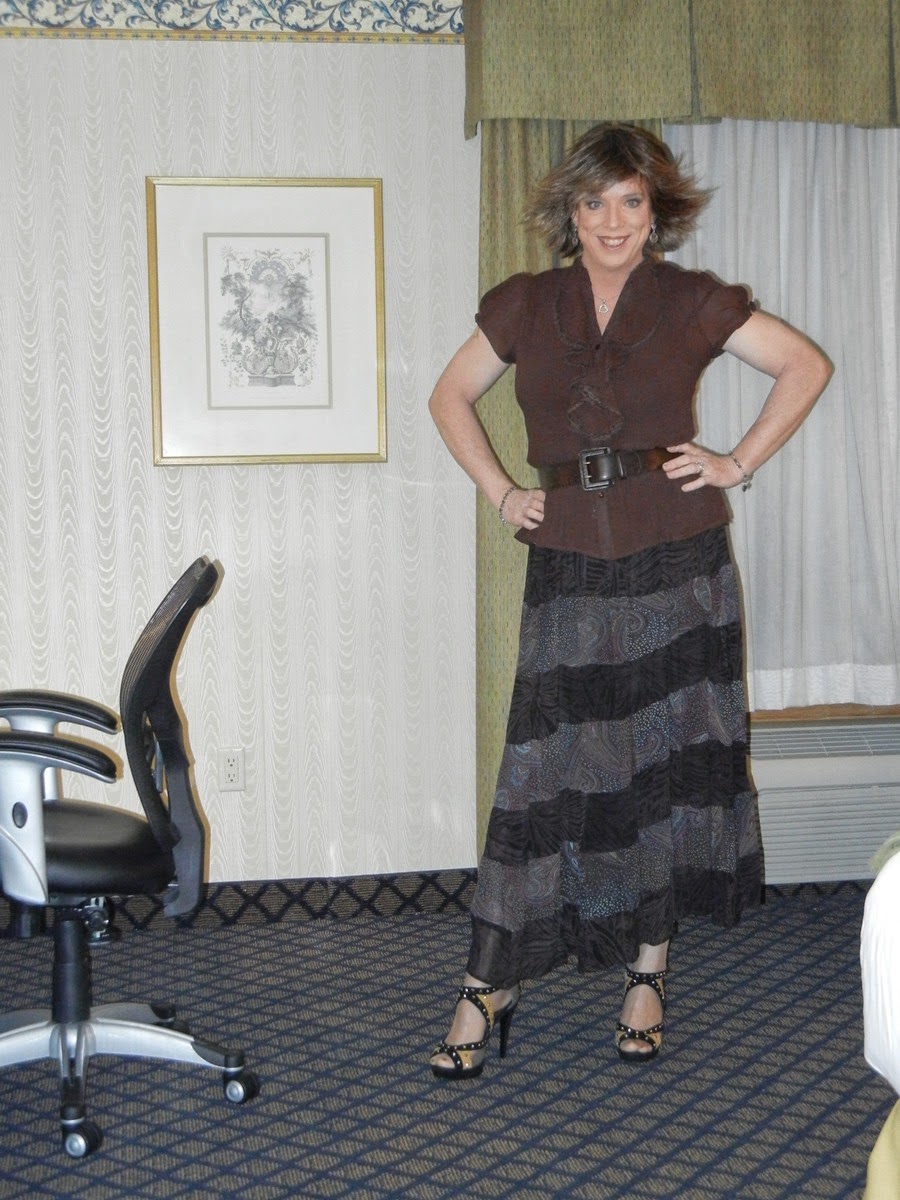 Well THIS trip didn’t get off to a real stellar start! When I arrived at the airport, I parked my truck and began to gather my things. I got out my suitcase, my toolbox, and my laptop bag . . . my laptop bag?  Where the hell is my backpack and laptop?!

“Awe for crying out loud!” I yelled out in sheer frustration across the huge parking lot as I realized that for the third time in a month, I had gone and left my backpack behind.  I’m telling you, something is seriously wrong with me . . .   So that was a fun little moment when I had to call my wife and ask her to please save my ass and make the 45 minute drive to bring me my laptop before my flight boarded. She took it in good spirits and didn’t laugh too long at me. 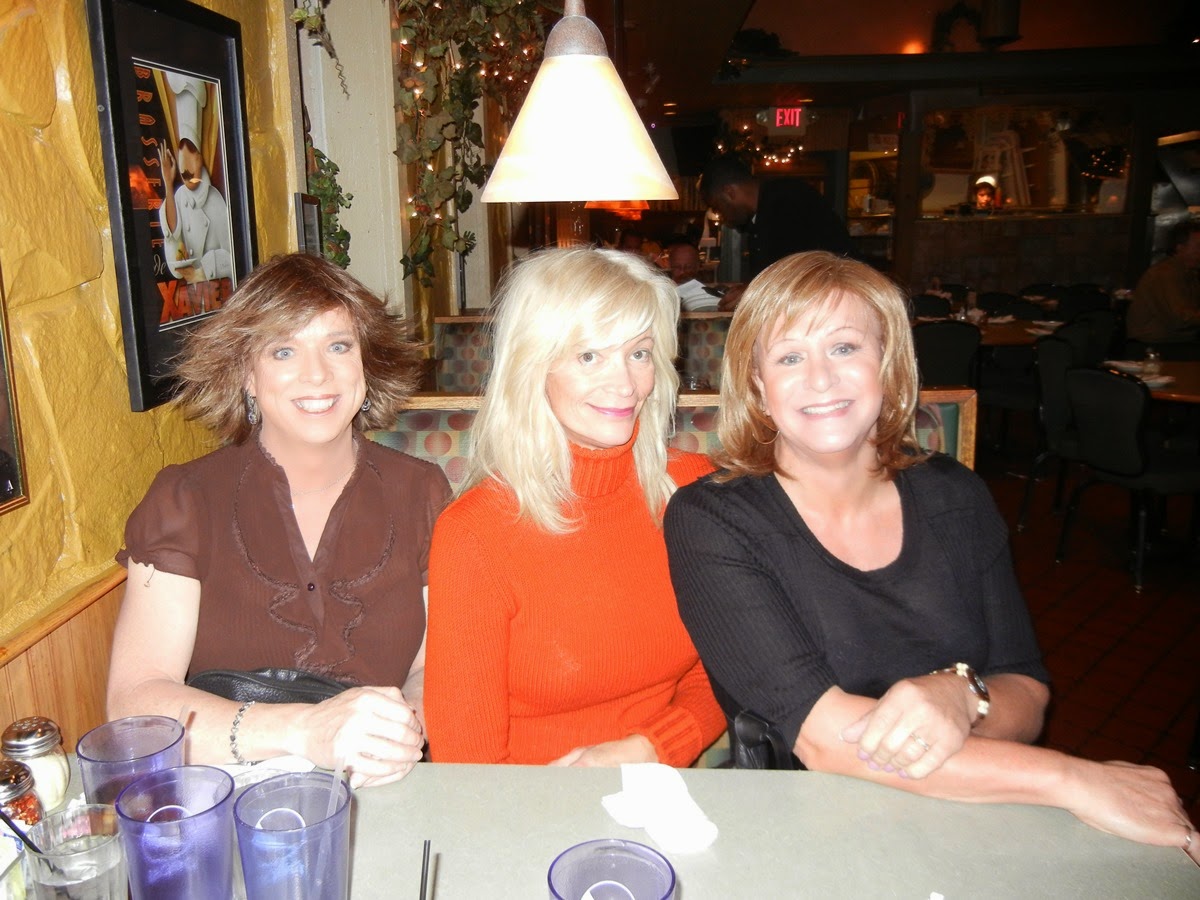 Much to my surprise, the day after I arrived in the Detroit area, I received a voice mail from my good friend Sarah Kennedy telling me that she was also in the Detroit area, and so we got together for dinner, along with her friend Marci. Sarah, the artist formerly known as Suzy Harrison, is from Australia, and we first met online probably half a decade or more ago. We kind of hit it off, and then actually met each other in person at the Southern Comfort Conference many moons ago. We both shared much the same life style, as she also made her living by traveling and fixing widgets, it’s just that she did it on the other side of the planet. Of course with her living on the wrong side of the planet, that sort of limits our opportunities to get together, so this was a real treat!

I had expected this service call to keep me busy for the entire week, but much to my surprise, I was essentially done very early in the morning on the third day and so I sat there debating my options.
I had already seen everything that was playing at the movies that I was interested in seeing, so the movies were out.
I’m so broke that I’m bent these days, so shopping was out.
In the end, I figured that I would go and hit up the Henry Ford Museum, and as long as I was gonna do that, I figured I’d ask that damned Australian . . . err . . . I mean my good friend Sarah if she wanted to go with me. Much to my surprise, she agreed to be seen in public with me and took me up on the offer, and so I got cleaned up and prepared to head out.
As I was preparing to leave my room, I grabbed a bottle of soda that I had been drinking, put the lid on it, and put it in my purse. I then grabbed my coat, my rolling toolbox, and my purse, and headed out for the parking lot. When I got to the elevator, it took quite a while to arrive because the housekeeping crew was holding it up to load their cleaning carts into it. When it finally arrived, it was pretty much full, with two ladies and their carts, but they still laughed and waved me in. As the elevator descended, we chatted about the weather and the cold, and they both looked at me like I was nuts when I told them that I was actually kind of enjoying the cold, because I was sick of the heat in Texas.

When the elevator opened onto the first floor, I headed for the door to the parking lot, towing my toolbox behind me. Just my luck, there were five huge men standing around and blocking the door while they talked shop, and I was pretty much gonna have to walk right through the middle of them.  Much to my surprise, one of these men noticed that my hands were full and virtually leapt in front of me to open the door for me. I gave him my best smile and my thanks, and made my way to the rental car, feeling pretty confident and good about myself. Don’t worry, that happy-go-lucky feeling came to an end pretty quick, because when I set my coat and purse down in the passenger seat, I noticed soda pouring all over the seat. I didn’t have to be a rocket scientist to figure out that the bottle I had placed in my purse must be leaking, and so with a sinking heart I opened my purse. Yepper, my purse had at least an inch of soda standing in the bottom of it, and in that soda floated my makeup and my camera, which was thankfully in its own little protective case.
“Oh goody . . . “ I thought to myself  as I took everything out of it and then turned it upside down to pour the soda out. Now my purse is soaked in sticky soda, my makeup is ruined, and the passenger seat that Sarah will be sitting in soon is also covered in it. Not much choice to it, I had to head back up to my room and get a wash cloth and towel to clean the mess up. Yep, the men were all still blocking the door, and this time a different one jumped in front of me and opened the door for me, even though my hands were empty.  I also gave him my thanks and then made my way to my room where I cleaned my purse and its contents as well as I could. I then took a wet wash cloth and a hand towel with me to the car so that I could clean the seat. This time though, I used the door at the other end of the hallway so that I wouldn’t have to walk through the middle of the chatty Cathy’s .  Their opening the door for me twice had my confidence running high, and I didn’t want to push my luck any farther.

Not too much time later, I found the home where Sarah had been staying, and we were on the way! During the half an hour drive we spoke about this and that, just kind of catching up with each other.  At one point or another we were talking about accents, and I told her that she had it made with hers.
“Whatever do you mean?” She asked.
“Well, I have no idea why, but most Americans kind of associate a British accent with intelligence.”
“Really?”
“Sure!  Just look at our movies! Probably half of the really brilliant super villains or super heroes have a British accent!”
She looked skeptical . . . 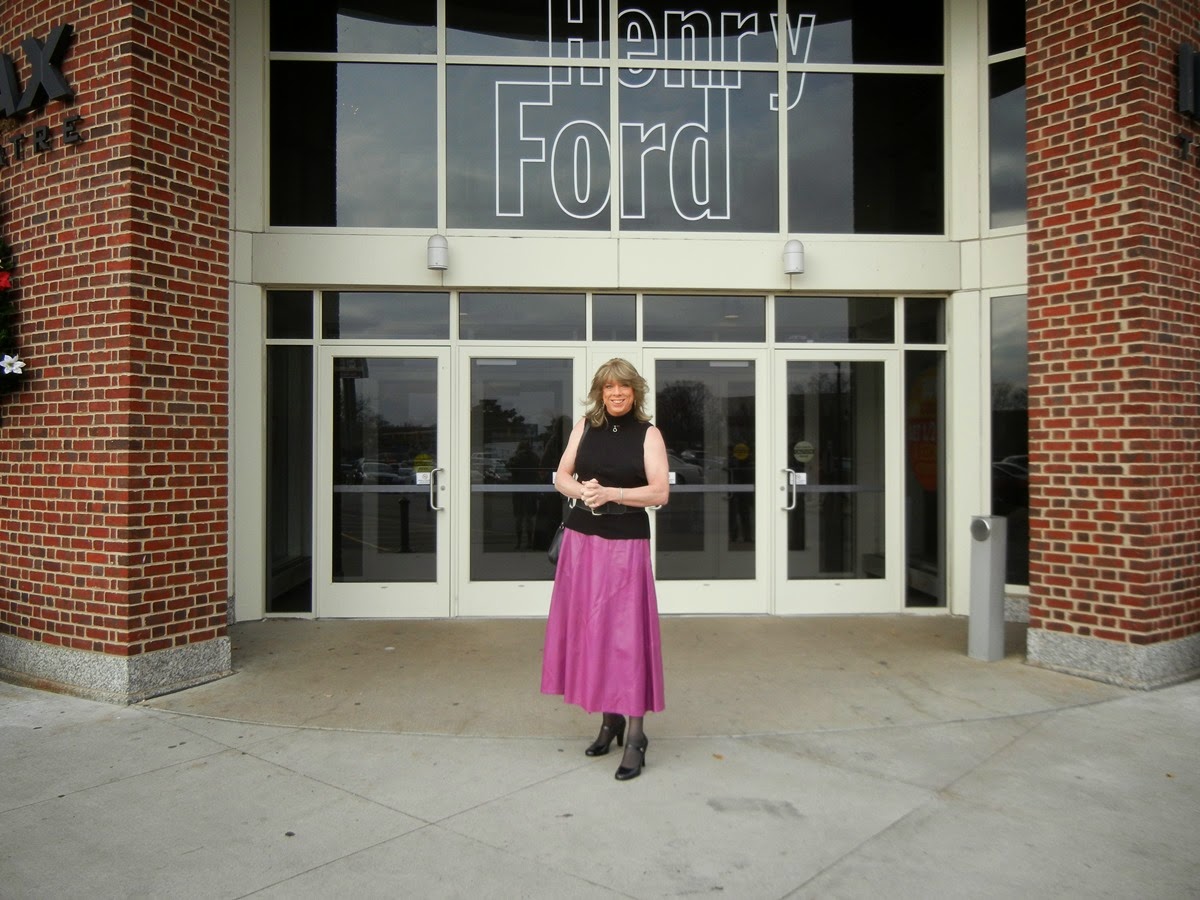 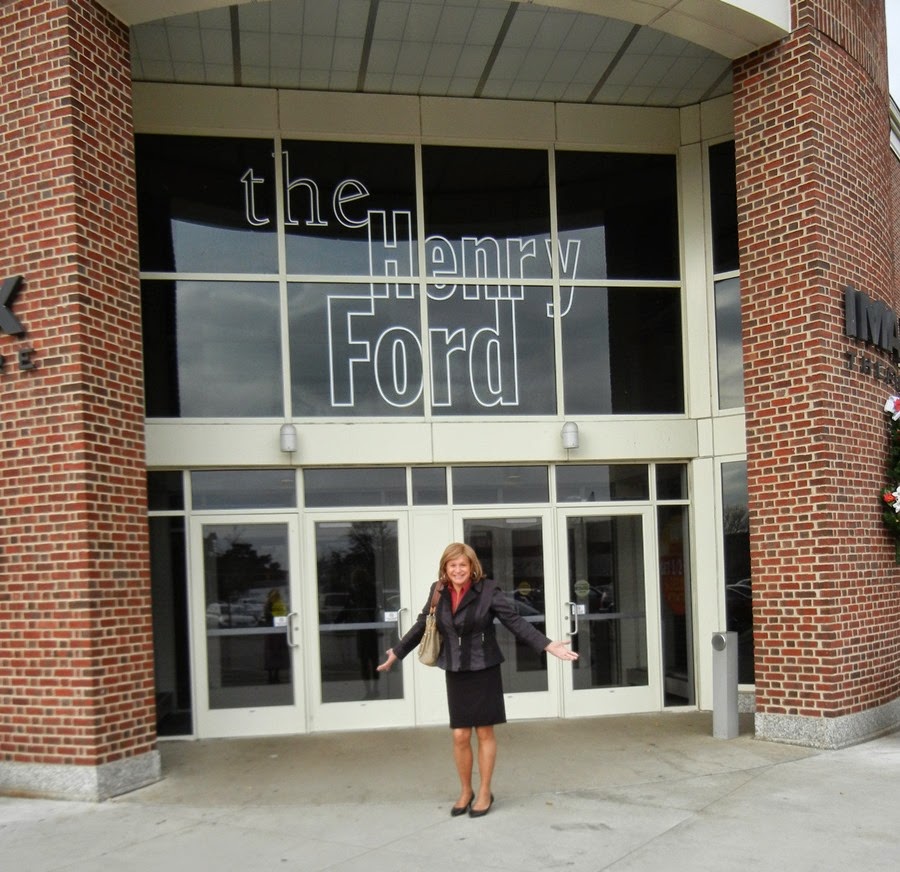 “Yeah, it’s in the Village and it is closed.” He replied. He paused for a moment, and then added “But we do have a neat LEGO exhibit!”  Having much the same sense of humor, Sarah and I both glanced at each other with a sarcastic raised eyebrow. We had asked about seeing the laboratory of one of the most brilliant human beings to have ever lived, and as a consolation prize, this man had just offered us a LEGO exhibit. What the hell?
“Well, you don’t suppose that they would open it back up just for us?” Sarah asked him, with her very best “aren’t I cute?” look.
“Uh, no, ‘fraid not!” he told her with a smile.


We started our little tour off by watching an Imax movie called “Space Junk”. I’d never been to an Imax movie before and so I thought it was pretty cool as we sat there waiting for the movie to start. Soon, the theater was filled with explosive sound, and there were incredible images of launching spacecraft and rockets, but as soon as the narrator started speaking, I burst out laughing and tapped Sarah on the arm.
“See what I mean? Smart movie intended for smart people and they chose a narrator with a British accent!”
Sure enough, the narrator sounded like he could have been Patrick Stewart’s brother (Captain Picard from Star Trek)

The museum presented most of the things that you would expect to see there – many antique and classic automobiles, but they had a few displays that caught me by surprise.  They had the very car that President Kennedy was killed in on display. Possibly the most charismatic president that we have ever had, and they shot the man dead . . . 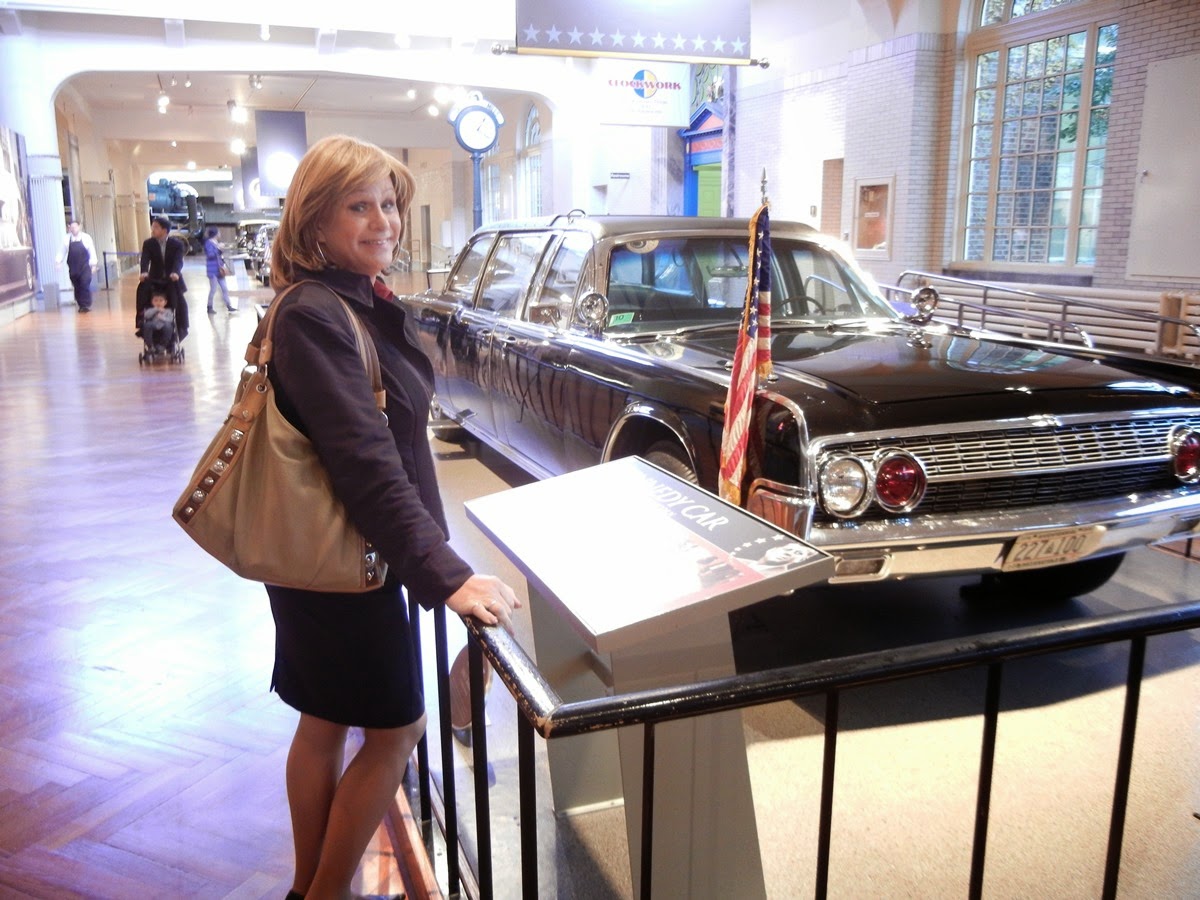 I’m not sure if it was disrespectful or not, but there was no way I was gonna miss the chance to take a photo of Sarah Kennedy in front of the Kennedy car!  I thought about trying to convince her that the museum wouldn’t mind if she got in the car for the photo, but I was pretty sure she wasn’t gonna buy into it. 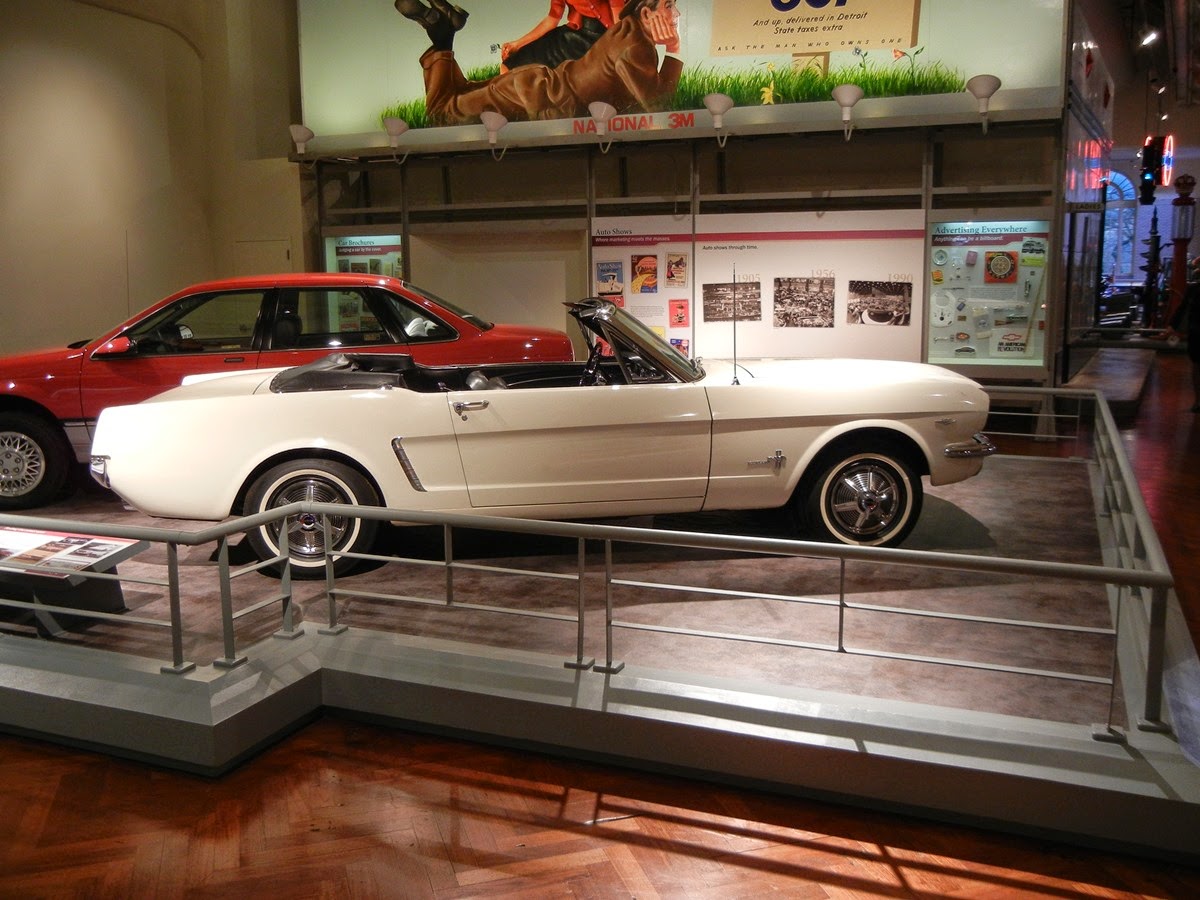 With my owning a classic Mustang, I made it a point to go looking for one here. In our search for it, Sarah and I got separated, and just a moment after I found it on my own, Sarah showed up with a gentleman from the museum in tow, and he was kind enough to tell us a little bit about the car. Being a Mustang fan, I knew most of the story, but what he told us about THIS car was kind of fun. It seems that despite the fact that it had been the very first production Mustang, the car had accidently been sold just like any other! I guess it took them a couple of years to track it down, but they actually chased the car down in Canada and bought it back! 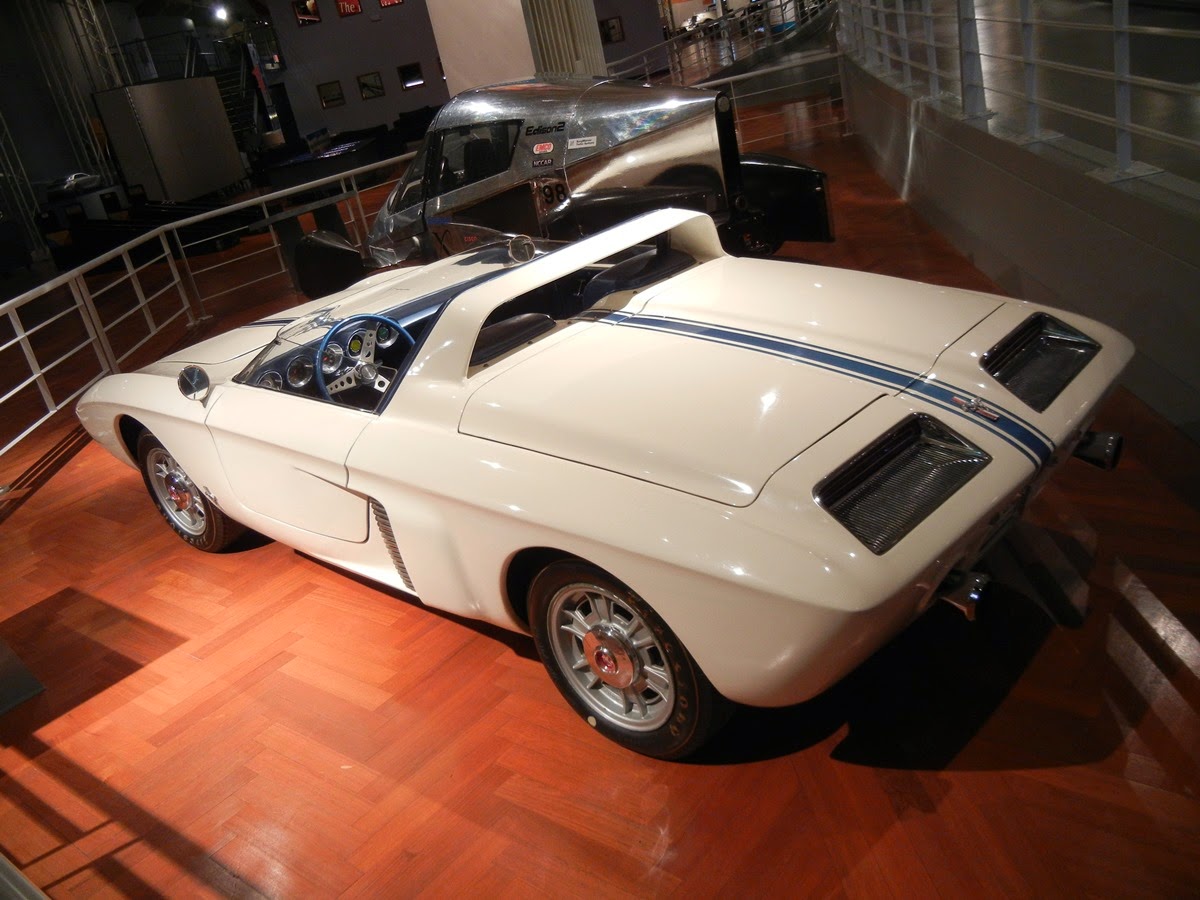 They also have the very first Mustang “Concept Car” – their initial prototype. The production car very rarely ends up looking much like the concept car, and this was no exception. The Mustang had originally been intended to compete with the Chevy Corvette, and while I love Mustangs, I have always thought that they were a pretty poor reply to a Corvette. Seeing this concept car though made it seem a bit more plausible, because THIS Mustang would have been a fine competitor!  How did they go from this sleek little speedster concept to the Mustang that we all knew? I figure the design guys did their job – “Here is a neat car that can compete with a Corvette!” and then the pencil pushers and accountants got in the way. “Yeah, that costs too much. Can’t you just streamline a Ford Falcon and call it a Mustang instead?”

And then there was the bus that Rosa Parks made her stand in. . . 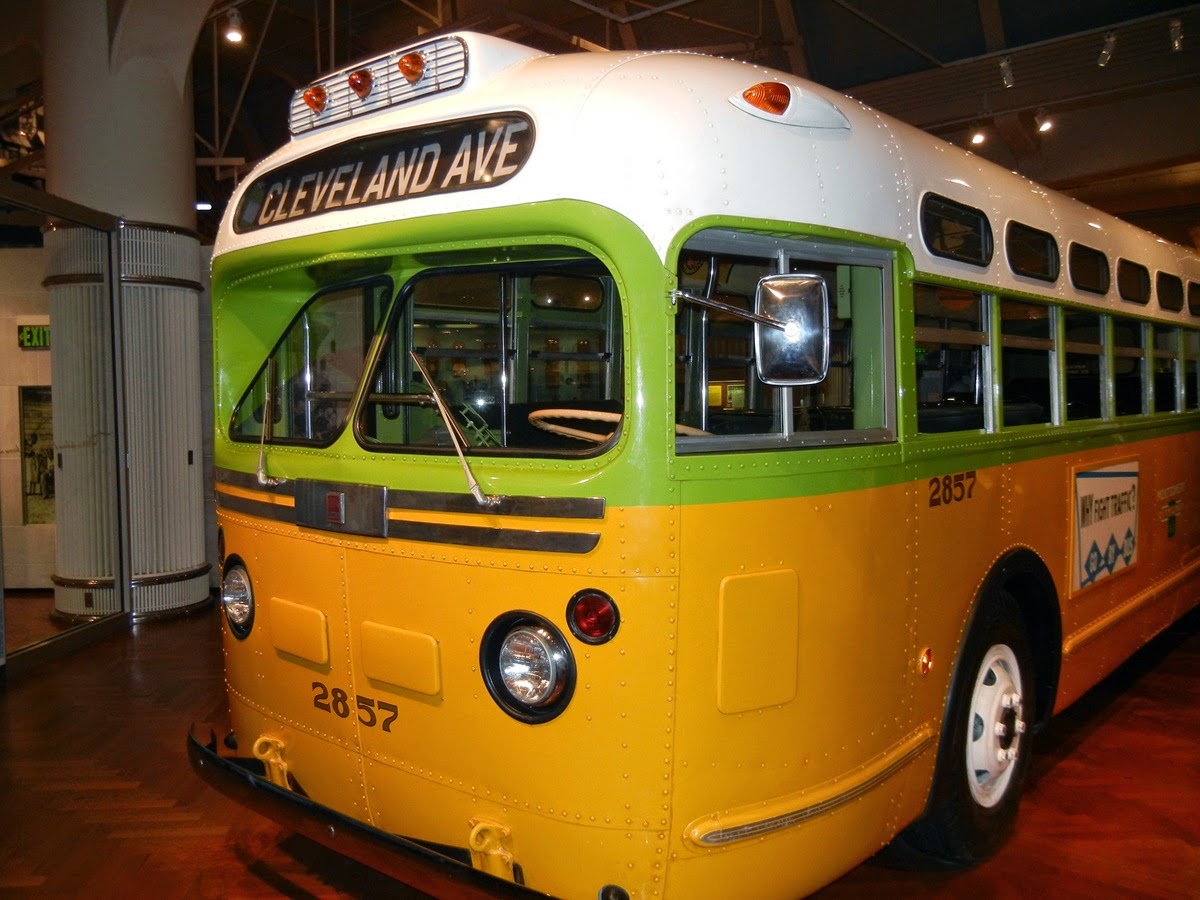 An exhausted and tired woman reached her breaking point that day and repeatedly told the bus driver “no” when he tried to make her move farther to the rear of the bus. An ordinary and “every day” woman had had enough and refused to be treated like a dog, and so she stepped into history as a hero. All exaggerating aside, I felt chills when I stepped up and into the bus. The stand that this woman took had paved the way for massive reforms, and even more important, it had helped change the way that people actually thought. There was very little doubt in my mind, that I myself had Rosa Parks to thank – if she had not helped to open people’s eyes and minds, I doubt very much that I would be free to express myself as I do without being harassed or arrested. Thank you Mrs Parks, and you have my deepest respects and thanks . . .